We’re all justifiably excited that Nashville will welcome an MLS expansion team to town in a few years. But Music City residents don’t have to wait until Nashville SC hits the big leagues to fall in love with the local team. Nashville SC will play in the United Soccer League [the USL] for at least the next two seasons.

With that in mind, it’s time to get to know the league so we’ll be ready to go when kickoff arrives in March.

The USL is a 33-team league in the second tier of the U.S. soccer hierarchy. Teams are primarily located in mid-sized markets like Nashville — Louisville, Cincinnati, St. Louis, Charlotte and Charleston are among the nearby cities that host teams.

There are also a number of MLS development teams that play in the USL. The following MLS teams have second-tier reserve squads:

The MLS development squads generally play in front of smaller crowds, while franchises such as FC Cincinnati and the Sacramento Republic have significant fan backing.

In 2017, the USL was divided into two 15-team conferences — Eastern and Western. Five new teams will join the league in 2018: Nashville SC, North Carolina FC, Fresno FC, Las Vegas Lights FC and a second-tier club tied to Atlanta United. Those teams’ division placement is still under discussion, although it stands to reason that the league will follow geographic reasoning for each.

Each team will play 34 games in 2018, an expansion from 31 last year. The regular season starts in March and runs through October.

More than 2 million fans attended USL games in 2017, according to the league. When it came to fan support, nobody touched FC Cincinnati, which raked in more than 21,000 fans per game in its second season of attendance. To put that number in context: It’s more fans than all but seven MLS teams pulled in and nearly twice the second-place contender, Sacramento Republic FC. 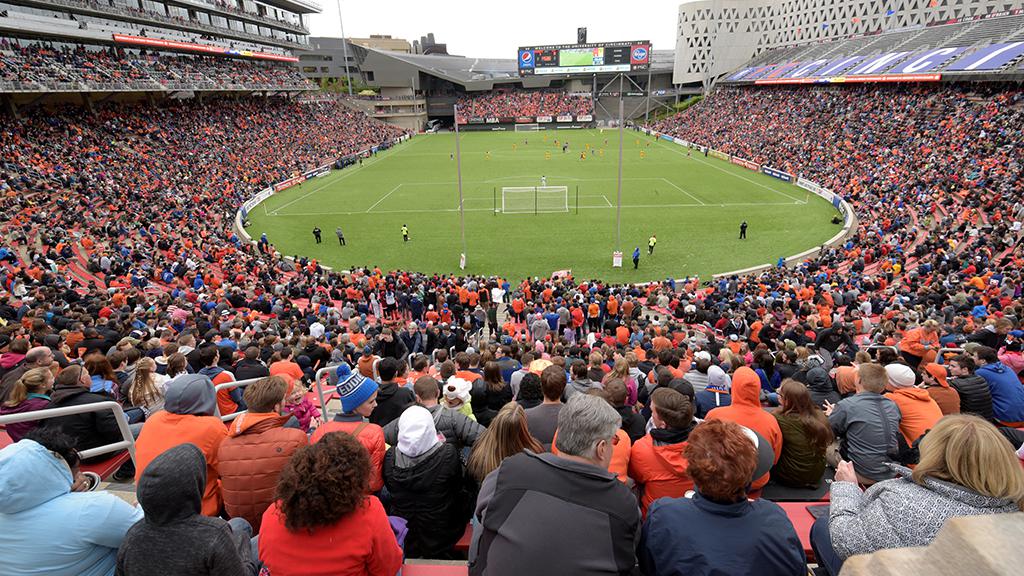 The seven lowest-drawing sides were all reserve squads connected to MLS teams. At the bottom of the barrel was New York Red Bulls II, which averaged a paltry 632 fans per game last year.

Nashville won’t top the attendance charts during its stint at First Tennessee Park, since the stadium only seats 10,000. Still, there is potential for an intimate and raucous environment at Music City’s baseball-stadium-turned-soccer-venue.

Who will serve as Nashville SC’s chief rival? It’s a good question with many potential answers, given the geographical proximity of many of the teams. FC Cincinnati seems to be a natural choice, given its avid fan base and potential MLS future. Other possibilities? Louisville City FC seems to be another good fit, since it’s the defending champ and only three hours up the road.

One dark horse would be Sacramento Republic FC. Its fans are salty that the city appears to be on the outside looking in of the MLS expansion process.

While fans are understandably stoked for MLS play in a few years, they’ll have a blast in the USL in the meantime. The league — like soccer as a whole in the U.S. — is growing and thriving, and competition will be fierce for the Boys in Gold.

1 thought on “Your Complete Guide to the USL”