As Nashville SC prepares for its inaugural campaign in the United Soccer League, we’re all learning more about the league. In case you missed it, we wrote an introduction last week that will help you form a solid foundation.

Today, we’ll go a little deeper to bring you seven interesting facts we learned while researching the USL.

1. Only three founding clubs exist in their original forms

There has been substantial turnover in the USL since its founding in 2011. In fact, only three of the original teams remain in the league under the same name. They are:

Two other original squads remain in the league under different names. The Harrisburg City Islanders are rebranding themselves Penn FC in 2018, and Orange County SC played as the LA Blues from 2011-2013 and Orange County Blues FC in 2014-16.

2. Eastern Conference teams have won the league every year but one

East has consistently been best. A Western Conference team has only one a single USL title — Sacramento Republic in 2014. Other title winners: 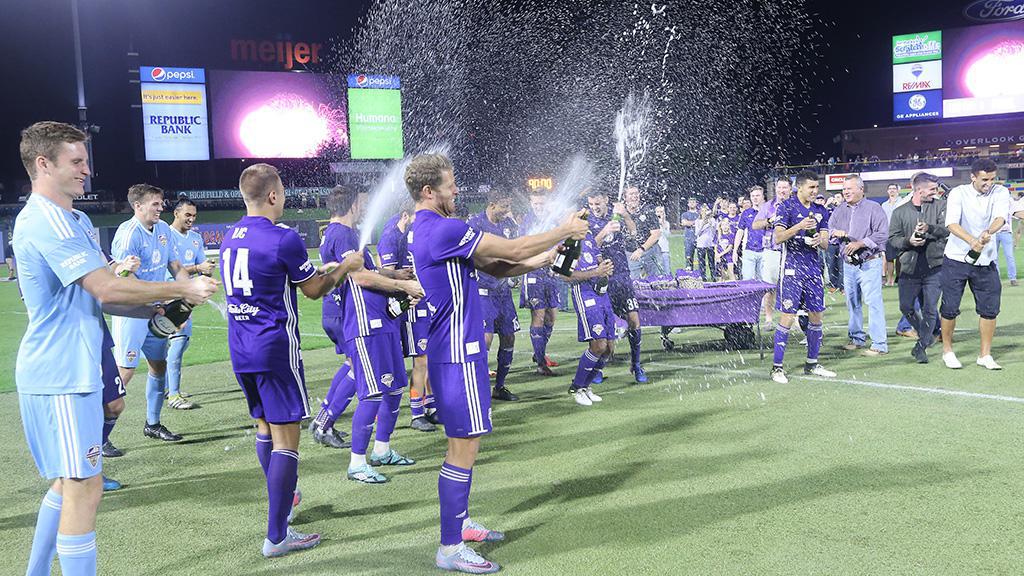 Real Monarchs SLC (Utah) did lay claim to the best regular-season record in 2017 but lost in the conference quarterfinals to Sacramento.

3. 21 of the league’s 33 teams are affiliated with MLS clubs

Much like Minor League Baseball, many USL squads exist to develop talent for partner MLS teams. Seven teams are official reserve sides that exist within the structures of MLS sides — a trend that began with LA Galaxy in 2014. 14 other clubs are their own entities but have partnerships with MLS teams.

The affiliation between the MLS and USL began in 2013, when the leagues agreed to schedule games between USL sides and MLS reserve teams. The stated goal of the partnership was to improve player development for the top-tier league.

4. Four teams from the Caribbean have played in the USL, although all are defunct now

The USL isn’t just a league for the 50 states, mon. Toronto FC II and Ottawa Fury FC represent the Great North, and a quartet of teams from the Caribbean gave opponents sunny road trips before folding.

That’s right — Antigua finished with zero points in 2013. In the process, Barracuda FC surrendered 91 goals and scored just 11 — that’s an average defeat of 3.5 to 0.5 per contest. To be fair, they were forced to play every game on the road due to the lack of a home stadium.

We’re beginning to understand why the team folded.

6. Two USL teams have reached the semifinal of the U.S. Open Cup in the league’s current form

When FC Cincinnati beat the NASL’s Miami FC to advance to the final four of the U.S. Open Cup, it was only the second USL side to do so since the league’s founding. The Richmond Kickers beat two MLS sides to qualify for the semis in 2011.

It must have been gratifying for Cincy to accomplish the feat; to do so, they beat in-state foe Columbus and Midwestern behemoth Chicago to cap five wins in the competition.

The Charleston Battery took things a step further before the league’s current form; they reached the final in 2008, losing to D.C. United. Before then, the most recent second-tier side to qualify for the championship match was Rochester in 1999.

The league changed its name from USL Pro to USL in 2015 and announced its intention to apply to become a sanctioned Division II league in the U.S. soccer system. Previously, the league competed in the third tier.

The USL received provisional Division II status in 2017 and looks to leapfrog the NASL, which is down to seven teams and was denied DII status for 2018.